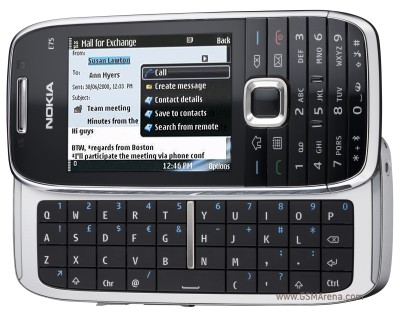 As you might remember, a while ago I bought a Nokia E75.

In summary, its a rubbish device. It irritates me to no end, in spite of re-flashing it to not be a Vodacom-branded device. I updated firmware to 201.12.01, but this promised firmware update that solves all evils still doesn't fundamentally solve the major gripes; bad build quality, lethargic responsiveness and frequent "pauses".

So what I've decided to do is to go with the dreaded "two phone" model. I've gotten a Blackberry Bold 9000 to play with, and if I like it, I'll buy the updated 9700. This device will be used as the primary calling and e-mail device; something that Blackberry is apparently excellent at.

But its boring. And I (probably) won't learn anything. So I've also ordered a Motorola Milestone, otherwise known as the Droid in the US market. It looks hot!

I know, two phones is dorky. But lets see how it goes. Anything beats my E75.