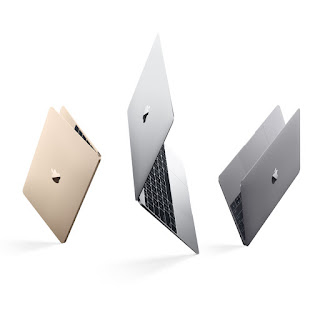 I have had a few Apple notebooks; I've tried using Dell and HP's during the same time period, but I always revert back to the Apple machines. Its more to do with UNIX than with the hardware.

I frankly didn't see the need to change from my 2013 Retina 13" Pro, until I started traveling frequently last year. Carrying around the 13" Pro seemed too much, so I bought a 12" MacBook.

It has massive pro's, and only two con's;

While this has been derided as an iPad with a keyboard, its actually quite useful. But having a single USB-C port is simply damn stupid. So, I'm considering the new 13" Pro's with the touch bar.

Its a significant cash investment, and I'm considering waiting for the upgraded version of it, esp with Kaby Lake processors. Decisions :-(
at 12:10 PM 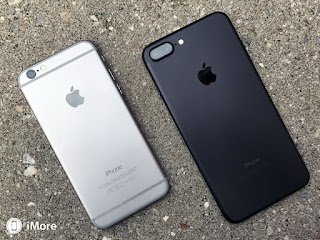 I've been using an Apple iOS device as my daily driver phone for quite a while now. Initially, I felt quite limited doing so because Apple seemed to be so far behind on the customization and flexibility, but the app developers make it compelling because initially they tend to release first on Apple, if not exclusively.

In my last related post, I had a iPhone 6+. Like a lemming, I upgraded to the 6S+. The touted difference was the ability to push harder or softer on the screen to achieve a myriad of different actions based on how hard you pushed; not features I really use frankly, and I didn't really notice much of a difference other than the thing now being a lot heavier.

Like a faithful lemming, I've upgraded to the 7+. It does have a bunch of differences (color, faster, etc), but the two key ones for me (and the reasons its worth getting frankly) are;

I have always had a soft spot for Android phones. It caters to the inner geek in me, or if I have to be totally honest, the geek I used to be. Massively customizable, almost every aspect tweakable, and you can get to a command line prompt within a few seconds.

I always preferred Google's own interpretation of Android, through their Nexus line. The last Nexus device, the 6P made by Huawei, alongside the excellent 5X made by LG, were great devices.

But, their hardware was clearly from a 3rd party, and while Google had influence in the software, they only had heavy influence and not absolute control of what you held in your hands. With the Pixel range, Google clearly aims to change that. I am currently using an XL, which as it claims, is the bigger of two devices.

The hardware manufacturer is not highlighted, and this is first and foremost a Google device. What are the key differentiators from Nexus devices ? Frankly, little to nothing other than 24/7 support directly (ostensibly) from Google. No self-respecting Android user would go for Android support to anything other than xda forums. It is also the first phone to ship with the Google Assistant, which is theoretically a context-aware AI that is meant to be a personal assistant in your pocket.

My experience is that Google Assistant is good as a product for techies; I think its got a year or three before usage becomes even remotely mainstream. What is clear is that by adding it into a phone, and making it available in Google Home (which I have ordered and funnily enough is the first device that has my wife's attention i.e. she wants it), we should see the AI engine improving exponentially.

Its a good device; is it good enough to replace your Nexus ? No. Is it better than a Samsung ? Much harder question. I'd say the S7/S7 Edge only have the advantage due to waterproofing and SD card. But, because I don't store much on phones and am generally always well connected (and have lived without a water proof phone this long), its not a big swing for me. Getting software updates and releases first, is.


I was a very happy user of Neotel's NeoBroadband fixed-LTE service, but at R2000 for a 10Mbit/s service, thought it was overpriced by at least 50%. Fibrehoods has come into my area, and I now have a 100Mbit/s service for exactly half of what the LTE service.

I cannot express how transformative FTTH is versus any other home connectivity medium. US users can equate to cable; all the characteristics that count are the same - stable service, low latency, little to no downtime, etc. 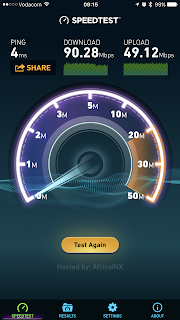 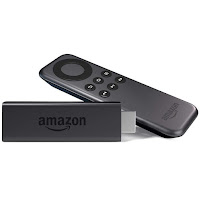 I've always struggled to find a decent media playing solution while on the move. I think I've cracked the problem, with an Amazon Fire TV stick.

By default, its locked to Amazon's Prime ecosystem of video and pictures. And this ecosystem is fairly decent and I consider it to be good value. But, because it runs Android underneath, and has access to Amazon's App store, you can quite easily and relatively simply dramatically increase its usefulness.

My suggestions on what to install and how to do this ?


Once complete, Internet media streaming happiness ensues :-)
at 11:22 AM