It was logical when Motorola was bought by Google that they would be heavily influenced (both entities) by design, and the pinnacle of that would be in the Nexus line. Rumors of the Nexus line being replaced seem to be on hold for now; we don’t see anything other than Nexus devices, and maybe Sudar Pichai is a bit busy and doesn’t have time to review this just yet.

It is indeed a pity that Googlerola as a corporate entity seems short-lived, as Motorola were then re-sold (to Lenovo), but the reasons seem fairly sound.

But enter the king and the fruits of this (brief) affair - the Nexus 6. 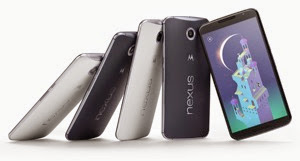 Google tends to use the Nexus line as a platform to explore their new ideas, and the overriding idea here seems to be expansive real estate. This device is big.

Its very well made; battery life seems decent for a screen this size, and its a pleasure to hold in the hand. Lollipop is a great update, and Material design is actually quite pleasing to the eye. I can say that the gap between iOS and Android is narrowing incredibly quickly. The differences between the two are starting to distill into how flexible, and crucially, predictable you want the experience to be. Android, as you’d expect, is like a teenager wanting to be flexible, free and able to change their look as they see fit, while iOS feels more like a 33 year old hipster trying to stay cool.

Both have their place, and I haven’t yet decided which of the two I prefer more. Thats why, as I have done for the last 5 years or so, I’ll carry both. And if you’re wondering which platform to have in your car, have both - buy a head unit from Parrot.