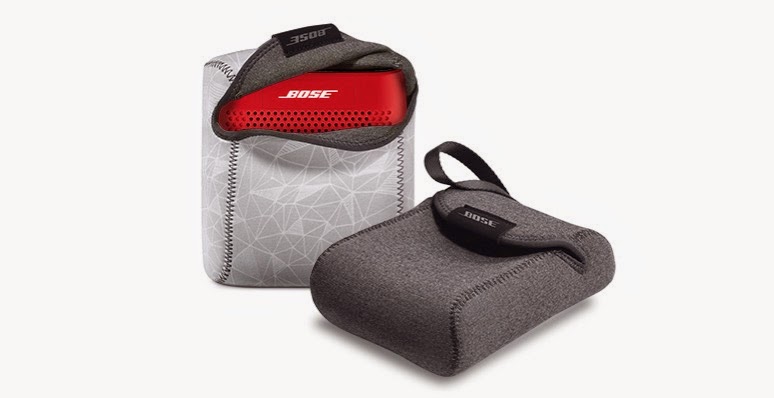 Its not often that I buy something, and have nothing bad or critical to say about it. The Bose Soundlink Color Bluetooth speaker is one of these products.

It does exactly what its supposed to do; it pairs quickly and painlessly, remembers up to the last 8 devices its paired to, tells you via voice prompt what its connected to and just does its job.

Sound quality is superlative, for a speaker this size. Its typical Bose, good for most people but annoying to audiophiles. I’m not one, and this sounds damn good to me. Its a little expensive, but unlike normal pricing for this manufacturer, only a slight premium over the frankly cheap and nasty equivalents. In this price range, its the best product that fits value/performance/size. Adding a microphone so that you could use it as a speakerphone would make this the obvious no-brainer. Something for version 2 ?

As an aside, I think Bose have circumvented nuclear material proliferation rules. I have no idea how they are so efficient at battery power management. These, along with their noise canceling headphones, sip juice - I’ve not managed to get them to run out, no matter how hard I try.

There is only one thing that I find annoying about this; it falls into the same category as the dumb user who doesn’t switch off his car alarm and sets it off every morning. But this is a case of “stupid user” rather than stupid design problem. You have to push the power button lightly, once. If you hold it down, nothing happens. I’ve cursed the thing a few times thinking the batteries have died (usually after long periods of non use), when the light bulb goes off and I push and release quickly, and up it comes. Go figure. Stupid user.