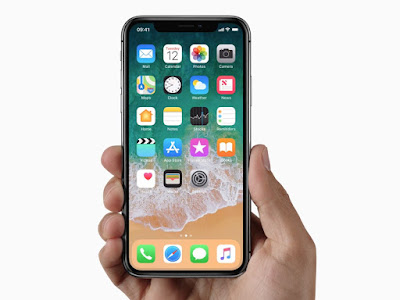 And for the most part, app developers have worked out that 1 and 2 exist, and so have solved the problem by building for 3. There isn’t an app that I use more than once a month that doesn’t exist in some shape or form on both platforms, with equal utility. I do occasionally (and hate the experience almost immediately) fire up Windows phone to see what that is doing, and on that platform you realise how close Android and iOS are in reality in terms of usable applications.

The iPhone X is a rather revolutionary take (as far as Apple goes) on design and UI; none of the reasons people don’t like Apple are eradicated. Those users who had decided / chosen Android actively over Apple won’t buy an X. But those users who simply don’t care, and can afford it, might and probably will. Is it revolutionary ? For Apple, yes. For the industry, not really.

Its physically well sized, sitting comfortably between what we today consider compact and large. This is the "large phone" from 5 years ago. The FaceID system actually works very well, and you get used to the gesture-based system replacing the missing home button.