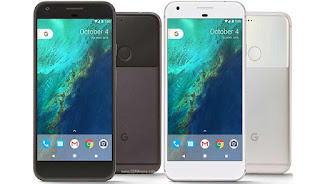 But Google had to as the annual relentless march of the device treadmill continues, and the Google Pixel XL2, despite the almost non-existent lack of changes in the physical appearance, have managed to do something that feels evolutionary and natural as a successor. The screen seems more natural to the eye, although that seems to have been rather controversial.

Its faster, the screen is better, the battery life seems longer, and there are just overall some nice software changes. The always-on nature of the screen is pretty awesome. The squeeze-to-summon Google Assistant is gimmicky, good for a single-show party trick. I admittedly haven’t used the camera much, being one of the highlights of the phone. Overall, a good device. Good enough to change from a Pixel XL ? Nope.
at 12:16 PM